I’ve only been banned once in an internet game. According to the Game Master, I scammed some of the other users by selling them sunglasses in Ragnarok Online. I have some ideas about why the scam worked in the first place, based on information I found in the book Thinking Fast and Slow by Daniel Kahneman. Before we get into that, though, I think I need to provide a little backstory.

As with most Korean MMOs I’ve played, Ragnarok is built around killing monsters repeatedly until you get a rare item. Your character in Ragnarok can be customized in small ways. You can color your character’s armor, change your headgear, or change your facial wear. That’s it. As such, hats and facial wear held positions of great importance. 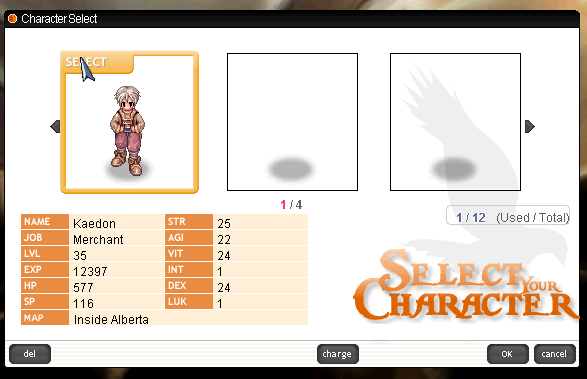 In the game, you could sell items to other players using a Vending mode. You’d put a number of items in your virtual inventory to sell with a set price and open your store. Usually you’d turn off your monitor after opening the store because it could take a long time to sell out an inventory. There was basically one main store-front in the game in the main town, Prontera where everyone lined up to sell their wares. 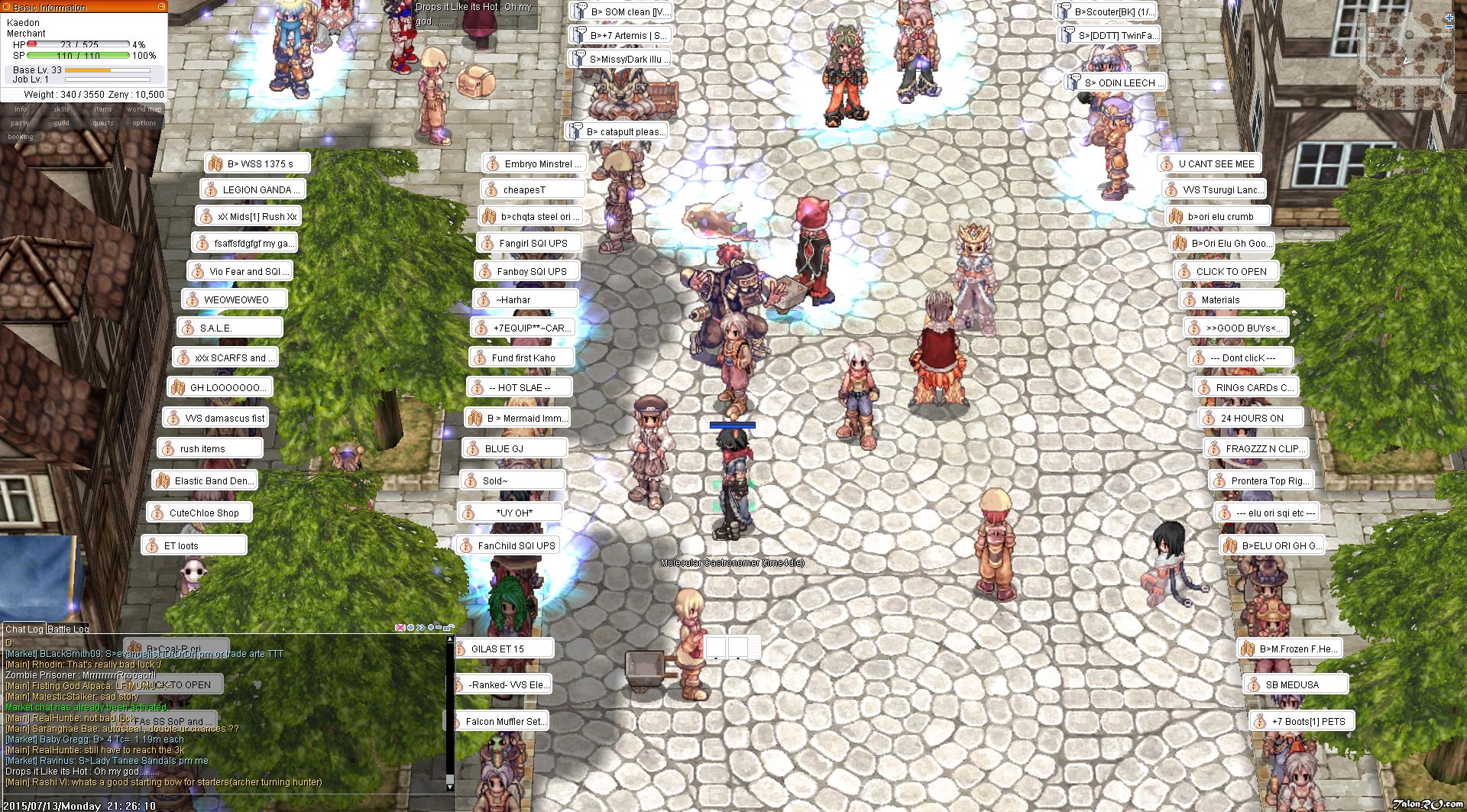 I sold mine too, though poorly. I’d load up a full inventory worth of items, price them competitively, and then log on the next day to find that nothing had sold. It was rare to clean out a full inventory over even a period of a week unless you priced your goods well under market.

That is, until I started selling sunglasses.

One day, I listed my usual inventory and, at the bottom, added a pair of plain old sunglasses that you could buy from a vendor in a distant town. I had picked up a pair just because I thought they’d be interesting and they only ran 5000 Zeny (the in-game currency) from the non-player merchant.

I priced them with the same margin as all the other items, so I expected to make a profit of maybe 1-2K Zeny. The sunglasses sold before I even logged off.

I went back to the other town and picked up a few more pairs. Originally I had listed them at 6K Zeny so this time I priced them at 10K Z so I’d make a nice little profit. I opened my store and walked away.

20 minutes later, I checked my store. Both pairs had sold. I didn’t get it. These sunglasses could be purchased an in-game vendor. Why were people buying them from me at these prices?

I loaded up another inventory full of sunglasses. This time, I wanted to experiment. What would happen if I listed them at staggered prices? I listed them for 13K, 14K, 15K, etc, all the way up to 20K and opened the store. I got up and went to get a snack. By the time I came back, again, they were all gone.

Okay, let’s see how far we can take this. I opened my store front again and listed the glasses at prices ranging from 20K to 40K.

They didn’t sell. At least, not at first. This time, it took a few hours to sell them out. Of course, the lowest priced glasses sold the quickest, followed by the next lowest. Eventually, some poor soul purchased the 40K pair. He probably didn’t know that he had missed out on a comparative deal, though. He was probably still excited by the sunglasses.

The next day, I logged in and found myself in in-game jail (which I did not know existed!). The game master had stuck me there as punishment for what he called scamming. If I continued, he said, I would be banned permanently. Instead, I was stuck in in-game jail for about 3 hours.

I feel it’s not quite scamming so much as the advantage of having additional information. Perhaps I knew that these were sold in another city and other players did not. Maybe they thought they were buying the more expensive cousin of the plain sunglasses, the slotted sunglasses. Either way, I never sold another pair of sunglasses.

The interesting part, to me, is that it worked at all. How was it that I was able to convince people to pay such a high mark-up? I have a hypothesis.

My hypothesis on why it worked

I am reading a book called Thinking Fast and Slow. Daniel Kahneman, the author, suggests based on a lifetime of research that we have two primary modes of thinking: System 1 and System 2. System 1 processes information subconsciously. System 2 is active, conscious thought. We use System 2 thinking when we face hard problems. Most people associate their mental “selves” as being their System 2 mode of thinking. In reality, much of our lives are governed by how effective our System 1 mode of thinking processes information. And it’s easily tricked.

If conscious thought had been engaged, for example if I had been charging more for the sunglasses, such as 500K, then the sales would have been prevented. “Those probably don’t actually cost that much.” The would-be buyer might say. They might consult a price list and find out how outrageous the prices were, for example. I think of the 500K sunglasses as the more traditional definition of a scam, like people who would sell XBox boxes on eBay for the same price as an XBox because the buyer did not pay attention.

In Thinking Fast and Slow, Kahneman mentions that when information looks relatively normal and we’re enjoying a feeling of cognitive ease, we tend to rely upon our System 1 mode of thinking to handle many assessments for us. It’s taxing to use System 2 thinking so we tend not to engage it until we have to or we encounter something surprising. By keeping the price of the sunglasses in a normal range, I may have avoided engaging System 2 thought and tricked System 1.

The same things happen with deals websites, I’ve noticed. I’ve read a deal aggregation site, for a number of years off and on. Members post “deals” which range from something like $100 off a set of new tires to a discount on headphones. I’ve noticed, over time, that the frequency that I check the site is linked to how many purchases I make. Is it still a deal if I’m purchasing more things than I need? Am I “saving money” if I’m spending it more often?

In some studies that Kahneman mentions, they found that if they started any discussion with a higher number, participants were more likely to believe the number and use it (consciously or otherwise) as their starting point. There’s an excellent example from the book:

They found that when they used the “high anchor” of 1200 feet, the average person guessed that the tallest tree was 844 feet tall. Conversely, with a “low anchor” of 180 feet, the average guess of the tree’s height was 282 feet. (The true height is 380 feet according to Google). Anchoring makes a substantial difference in how we evaluate numbers.

By offering a high price in the inventory as an anchor for the sunglasses, customers used it as their starting point. The cheaper sunglasses, by comparison, looked like a great deal.

My hypothesis is that when the brain sees a set of sunglasses for sale in a vending window, it looks them all over and thinks “Okay, the sunglasses range from 30K to 40K. Based on my understanding of other vendors in the area, and conventions of vending, I suspect that its actual price is probably somewhere around 30K. If I buy that 30K pair, I’m getting a deal. If it turns out to be cheaper somewhere else, 30K is still not all that much money.” This train of thought happens mostly subconsciously, which is why System 1 thinking can be so powerful.

I’d recommend Thinking Fast and Slow, I’ve certainly enjoyed it. I’ll be writing a few more articles related to it shortly, particularly as it relates to software engineering and clean code. If you’d like to find out when they’re posted, please sign up for the mailing list below and I’ll send you a note.

It’s easy to short-circuit our normal thought processes, especially if we’re not aware that we’re being manipulated. I’d recommend that you think critically if you think you’re getting a great deal. It’s possible that it’s not so wonderful.